Having lived all around this beautiful country, I have been blessed to see a lot of the wildlife at close range. 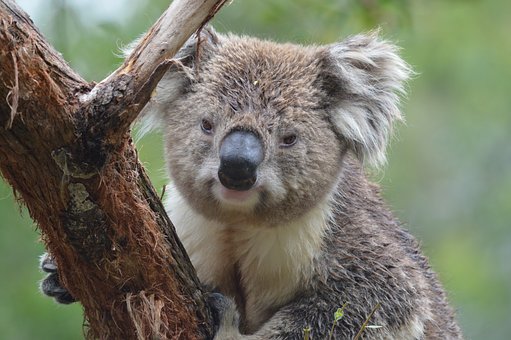 Some people aren’t at home with animals, especially wildlife, but I think this is mostly out of unfamiliarity and fear. When you’re about it a lot, you tend to appreciate the vulnerability.

As a child, the main kinds of wildlife I was subjected to, in their natural surroundings, were black and brown snakes, and kangaroos. I loved the roos, watching them in the paddocks, despite them being cursed by the farmers for eating all the plants.

Living on a tropical island in North Queensland for a couple of years left me regularly exposed to green tree snakes and pythons, neither of which can be life threatening. The tree snakes wound their way up through the forest trees in all kinds of angles. I found them graceful. The pythons were enormous. Walking island tracks with friends late at night, it was not unusual to need to await a python to finish crossing the street in front of us, and not being able to see either end.

Nearby on the mainland, a buddy and I were chased one day by a enormous goanna as we ventured too near her home. A good reminder that we all share this Earth.

In the Northern Territory, there was no swimming at the McArthur River near Borroloola due to crocs. It’s wild country up there. One of my jobs at a nearby resort, which was really more like a bush camp, and a rough one at that, was to remove the green tree frogs from the cistern of the toilets every day. After doing this once and seeing them all back the next day, I realised what a futile effort it was, so left them in peace. They simply hung with their webbed feet when the water has been flushed down into the loo.

Driving through the Territory down to Perth, there were emus, camels and dingoes along the way also. And watching flocks of cockatoos flying freely is always a heart-lifting thing.

Perth attracted its sunsets over the Indian Ocean and with that, dolphins galore. Whales were plentiful during the right season. It was understandably beautiful.

While living up in the Gold Coast hinterlands, there were kookaburras landing on our veranda every day, in addition to peacocks roaming freely in the bush down the back.

Backing onto Cooper Park in Sydney’s Eastern Suburbs, my delights were the golden orb spiders, with webs so strong you could lift them to go under, and the lizards. I love watching lizards.

Among the most prolific homes for wildlife though was from the bush in Northern NSW. Here we had a bat come in for a while then left. Koalas were so abundant that you could walk out the back door and search up in the trees, with a good chance of seeing one, or standing on the front veranda and taking a photo of one not far away. Not all Aussies get such close contact with them in their natural environment. However while it was quite amazing and romantic to be in a position to have koalas living so nearby, there’s nothing quiet or gentle in their lovemaking.

This house also had a surplus of lizards and snakes. After being there for over a year and imagining there was a snake in a small alcove near the door, I came to finally meet this creature one morning as I was heading off to work. Down she slid onto the veranda and was huge, majestically so. We came to see her often then.

One of my favourite swimming spots is a river about half an hour from Tamworth. This place has literally saved me a few times, during the darkest periods of my life. The platypus is a shy and gentle river swimmer but because I was frequently out there alone, making no sound if sitting by the lender writing, I managed to watch them a few times at close range. I felt very special for such a present.

Sadly a lot of people only see wildlife in zoos or as road kill, where kangaroos, wallabies or wombats have ventured onto the roads and been hit by a car. Wombats don’t stand a chance really, as they slowly waddle across. My uncle had a wombat. He found her as a babe and brought her up. She was known as Wendy the wombat. As an adult Wendy took herself off to reside in the nearby bush. But returned a few years later to say hello with her entire family, then toddled off back to the bush. What a gorgeous thing.

This morning while driving to the nearby village, I was saddened to see a dead wallaby beside the road and the body of her babe that was thrown out of its pouch, while still an embryo actually, no fur yet covering its little body.

I do see a lot of live wallabies here too though mercifully. They are sweet little animals.

Last week while on the phone being interviewed for a vegan magazine, I watched a red-belly black snake slither past me, just a couple of metres away. They are rather gentle, the red-bellies, although still not to be trifled with due to their venom.

I’ve written more about possums in my article ‘Furry Friends’. I like the cheeky things.

Green frogs leave their droppings on my veranda some nights and as I write this, two baby ones are on the window here.

Lizards hang out in the sun on the rickety bridge over the creek and hide beneath whenever we drive it over.

One of the most powerful documentaries I have ever seen is called Earthlings and is available online. It is incredibly confronting as it seems at man’s dependence on the animal world for food, clothing, Port St Lucie Animal Removal, entertainment and research. Yet despite the horrible reality of what you will see, it’s also a gorgeous film in its own way since it reminds us all of the beauty of animals and of their right to live on the Earth too. I highly recommend this documentary to anyone.

We share the Earth with all these creatures. It is their home too. Wildlife is not to be feared, but admired.

When I look out the window in a wallaby on the driveway, frogs on the window and lizards back on the bridge, I am in wonderful company.